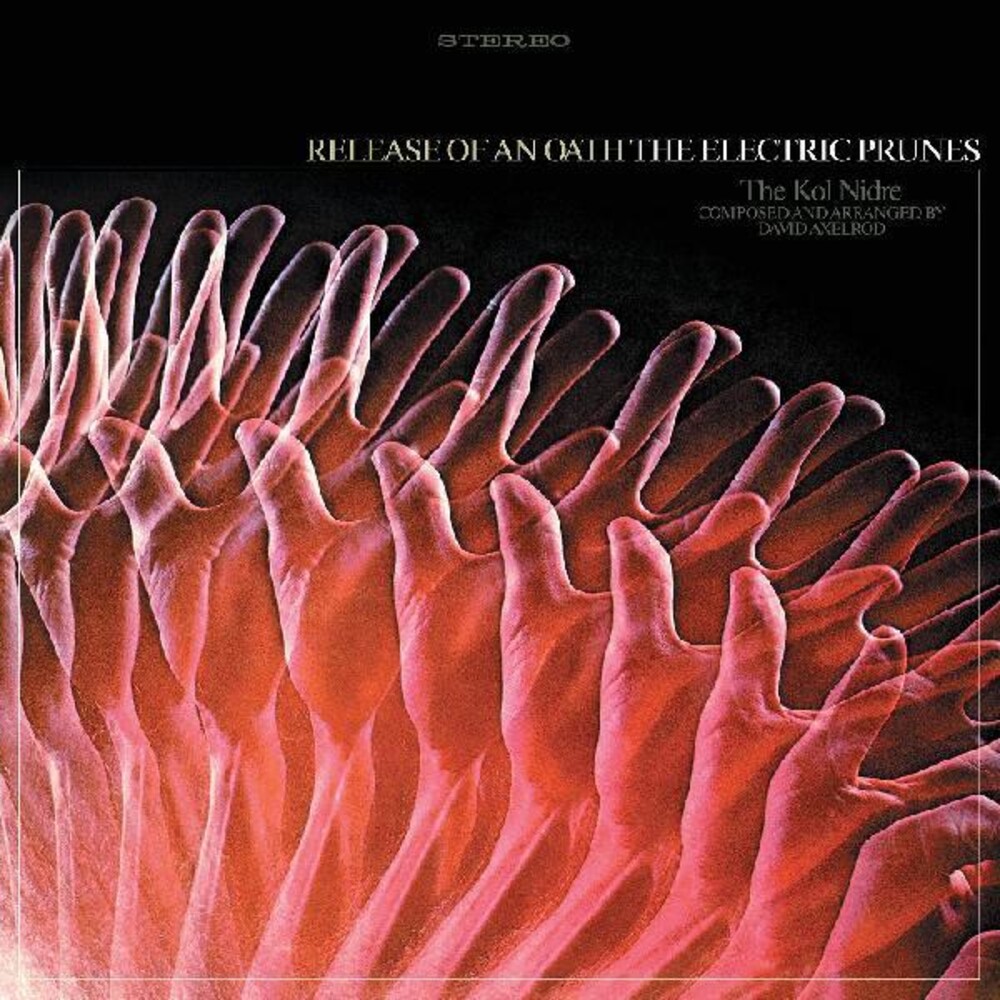 Starting with their 1967 self-titled release featuring 'I Had Too Much to Dream (Last Night),' The Electric Prunes made four fantastic albums for the Reprise label in the space of two years, but by the time they made Release of an Oath, the last of the four, not a single member of the original band was left. But two key individuals were still in the fold. One was Dave Hassinger, engineer for The Rolling Stones, Jefferson Airplane, Grateful Dead and other superstar groups of the '60s, who retained the rights to the Electric Prunes name and served as producer of the album. The other was legendary composer and arranger David Axelrod. Axelrod had already written and arranged the Prunes album Mass in F Minor, the complexity of which had forced the band's original members to quit in frustration. Now, having composed a psychedelic Catholic mass, Axelrod turned his attention to the Old Testament and specifically 'The Kol Nidre,' the prayer that begins the Yom Kippur service in the Jewish faith. Once again, the orchestration proved too much for the then-current edition of the band (except for vocalist Dick Whetstone), so Axelrod brought in The Wrecking Crew in the persons of guitarists Howard Roberts and Lou Morrell, bassist Carol Kaye, keyboardist Don Randi, and drummer Earl Palmer. Armed with that formidable line-up, Axelrod brought his trademark blend of psychedelic rock, jazzy orchestration and avant-garde touches to full fruition, creating an album that sounds fresh and cutting-edge over 50 years later. Now, for it's first vinyl reissue, Real Gone Music presents this one-of-a-kind record in a maroon with white splatter vinyl pressing that's every bit as psychedelic as the music it contains. If you know and love this album like we do, you'll love this edition, and if you haven't heard it, now is the time!