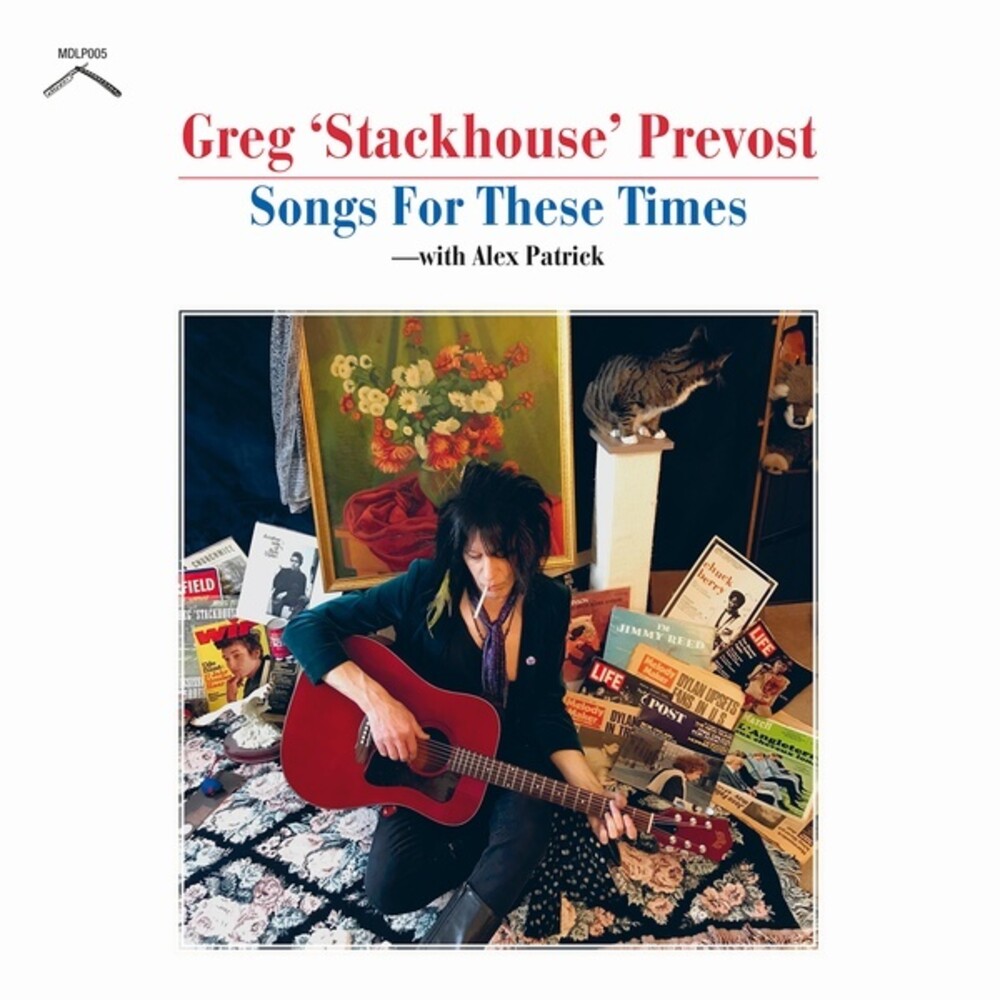 Songs For These Times is Greg 'Stackhouse' Prevost's third solo album. A live-in-the-studio, acoustic guitar in hand experience, with the sole backing of "brother" Alex Patrick on counterpart slide or acoustic lead. Along with selected favorites that he has always wanted to record acoustically, Prevost has also included some of his own newly written compositions as well, which, as pointed out by David Fricke in the album liner notes - perfectly fit in a track list of tunes written over half a century ago. Songs For These Times, a classy, honest record in which Prevost, with no backing band or electricity, showcases his musical DNA as well as the style and attitude that have always been his trademark, and will continue being so. Mastering by Bob Irwin (Sundazed Records). Liner notes David Fricke (Rolling Stone).