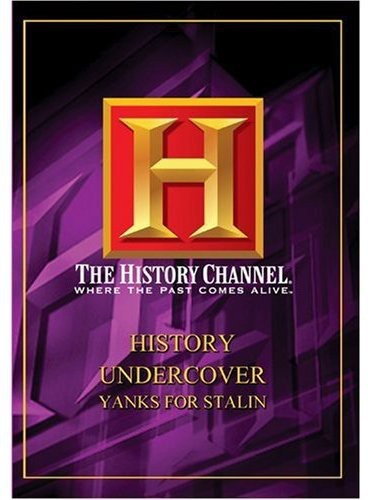 Before the Cold War, before Khruschev declared Stalin a mass murderer of his own people, American industry worked at the side of 'Uncle Joe' as he struggled to implement the grandiose goals of his Five Year Plan. YANKS FOR STALIN reveals the extent to which American labor and expertise contributed to Stalin's massive undertaking. See how the Depression drove executives, consultants, engineers, skilled laborers and even citizen volunteers to the Soviet Union. Rare footage shows the disparate fates that awaited them there: the white collar Americans received privileged treatment, while regular workers and volunteers lived and worked under horrific conditions alongside their Soviet counterparts. As one man recalls, men froze, hungered and suffered, but the construction work went on with a disregard for individuals and a mass heroism seldom paralleled in history. The program also looks at how history has manipulated the facts, from Russian propaganda to the efforts of U.S. companies to hide their contributions to the Communist regime. Here is the fascinating chronicle of the improbable union between the forces of capitalism and one of the most infamous dictators of the 20th century.
back to top