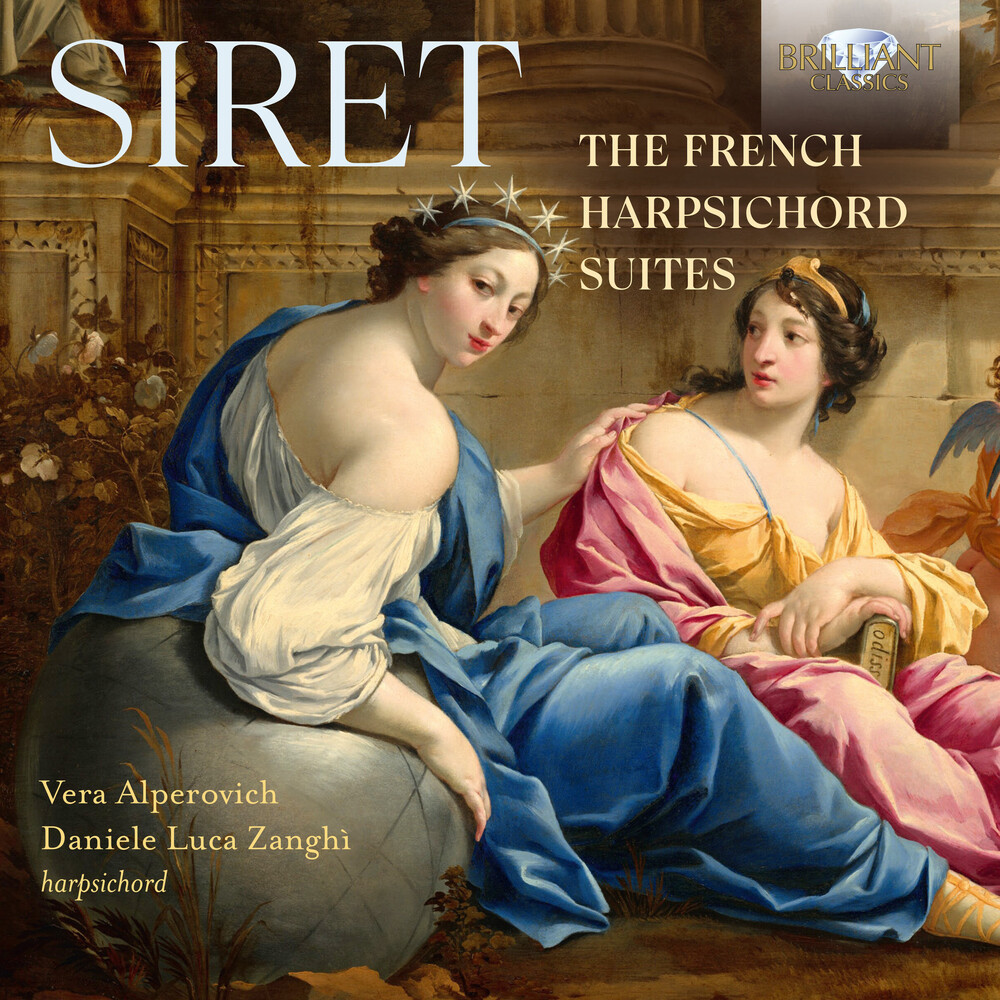 Nicolas Siret (1663-1754) was born in Troyes to a family of professional church organists which would eventually span four generations. He subsequently travelled to Paris and met Couperin sometime between 1685 and 1690. The two became good friends - sufficiently close for Siret to dedicate his first book of harpsichord pieces to him - but Siret made his career in his home town, where he succeeded his father as organist of the cathedral. In 1719 he gained the profitable post of tax collector for all water- and land-based traffic. He also taught harpsichord but nothing of his output in this direction survives beyond the music on this set. At various times since his death, Siret has been praised as the equal of Couperin and Rameau for inventiveness and originality, but neither his name nor his music have travelled so well beyond his native shores. There is a distinctively 'French' quality to every bar of these suites, their elaborate ornamentation and their artful charms, which seem to resist the more driven rhythmic style of the Italian school or the rigorously applied counterpoint of the Germans. Surface brilliance is as important as depth of sentiment, though Siret could compose movements of affecting poetry and pathos such as the Chaconne and 'La Manon' Rondeau of the Suite in A major, and affect an impressive grandeur in the A minor Suite. The harpsichord used for this recording was built by Marco Brighenti of Parma and is a copy of an instrument made by Henry Hemsch (1700-1769) in Paris, now part of the Museum of Fine Arts collection in Boston. The work and pleasure of playing it is shared by two talented young keyboard musicians, both former pupils of Stefano Molardi at the Conservatorio della Svizzera Italiana in Lugano, where this recording was made.