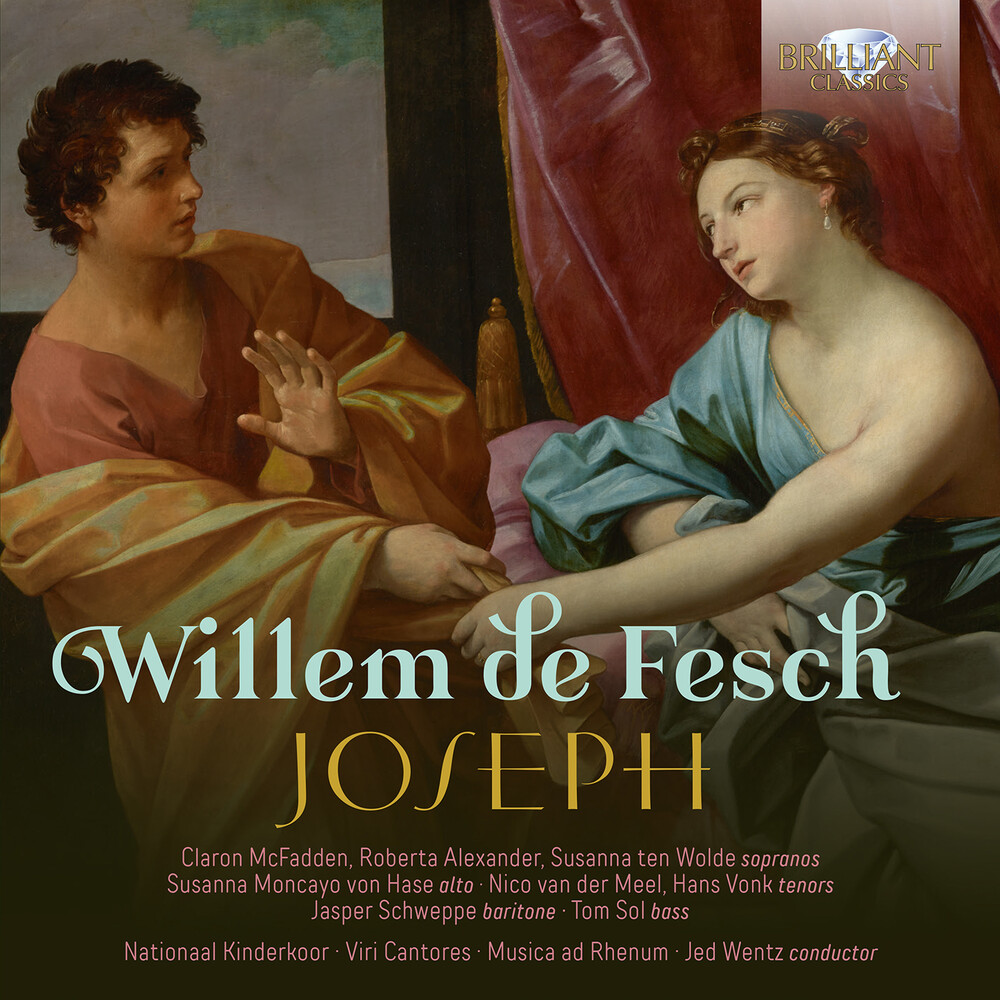 Born in Alkmaar, de Fesch was a virtuoso violinist and composer who held several posts in his homeland and had a number of publications to his credit before going to London in 1731. There he became de the leader of Handel's orchestra as well as composing for both the stage and the concert hall. Dating from 1744-5, Joseph was first performed at the forerunner to the Royal Opera House in Covent Garden, but the score fell from circulation and was presumed lost until it's rediscovery in 1980. A few revival performances followed before this beautifully prepared, period-instrument recording was made in 2000. Joseph is not a Hendelian oratorio with a hero or heroine like Samson or Esther: the theme is envy and the forgiveness found through faith in God. The concision and compactness in de Fesch's concertos is also in evidence throughout Joseph. The piece 'was purposefully crafted in a lighter style,' according to it's conductor, the flautist and founder of Musica ad Rhenum, Jed Wentz. 'It is pure opera seria and not really a Handelian oratorio. It has an excellent, compact libretto, charming, virtuoso arias, and a minimum of choruses.' de Fesch's lively and experienced sense of theatre is conveyed by this recording, made with a distinguished cast of mostly Dutch-based early music singers. 'The performers excel in this rare literature and certainly are well cast in their respective roles... Jed Wentz elicits an excellent sound from the choir and period-instrument orchestra; both are consistently focused, eager, and highly responsive.' Fanfare, January 2002