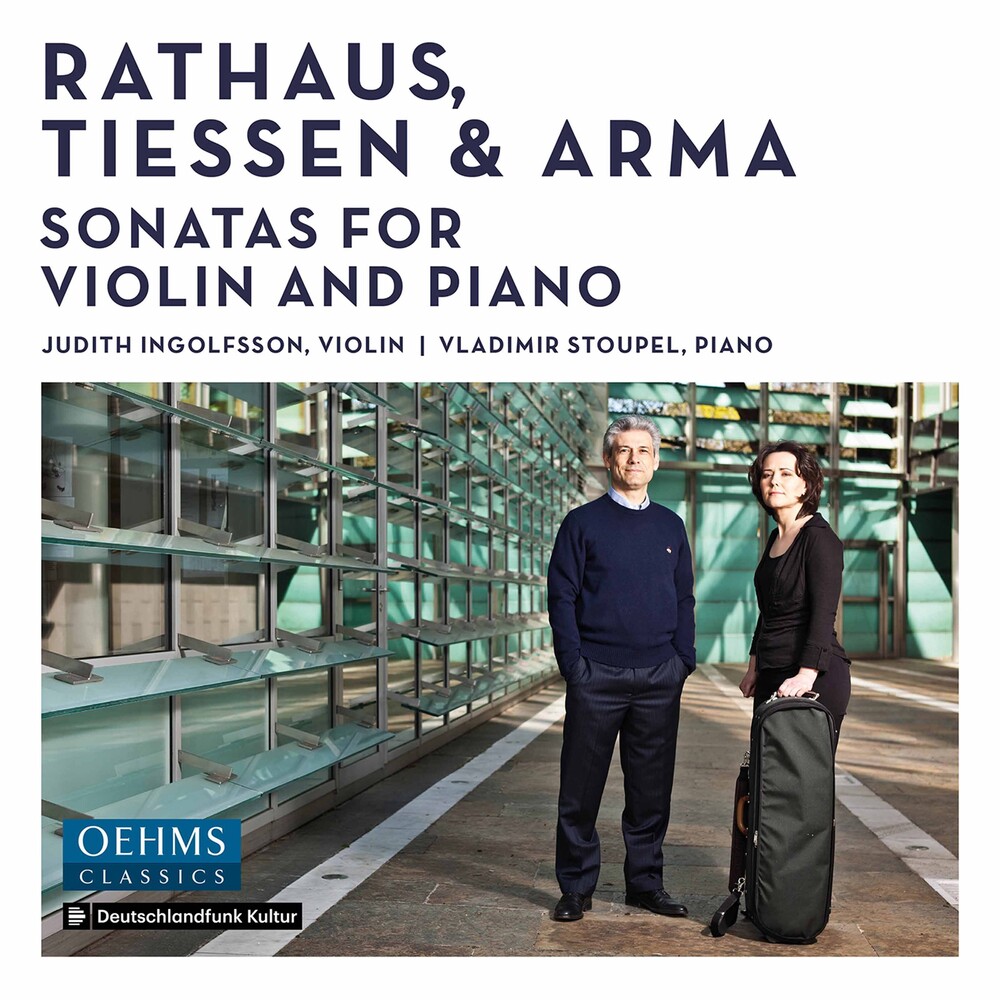 The accomplished Duo Ingolfsson-Stoupel is dedicated to the performance of rarities by the exiled composers Karol Rathaus, Heinz Tiessen and Paul Arma. Their works, written between 1925 and 1949, reflect the Zeitgeist of Expressionism and the incidents of World War II. The sonatas by Tiessen and Arma are recorded here for the first time. Engaging and imaginative programming is a hallmark of the Duo Ingolfsson-Stoupel. Individually, Judith Ingolfsson and Vladimir Stoupel are seasoned soloists who have won acclaim for their performances across the globe. Together they create connections, tell untold stories, and take audiences on a journey to the heart of chamber music. Their performance of the Sonata for violin and piano by Paul Arma at the Konzerthaus Berlin was hailed as the "sensation of the evening" by Deutschlandfunk "there was an intensity in the performance that no one in the audience could escape."
back to top