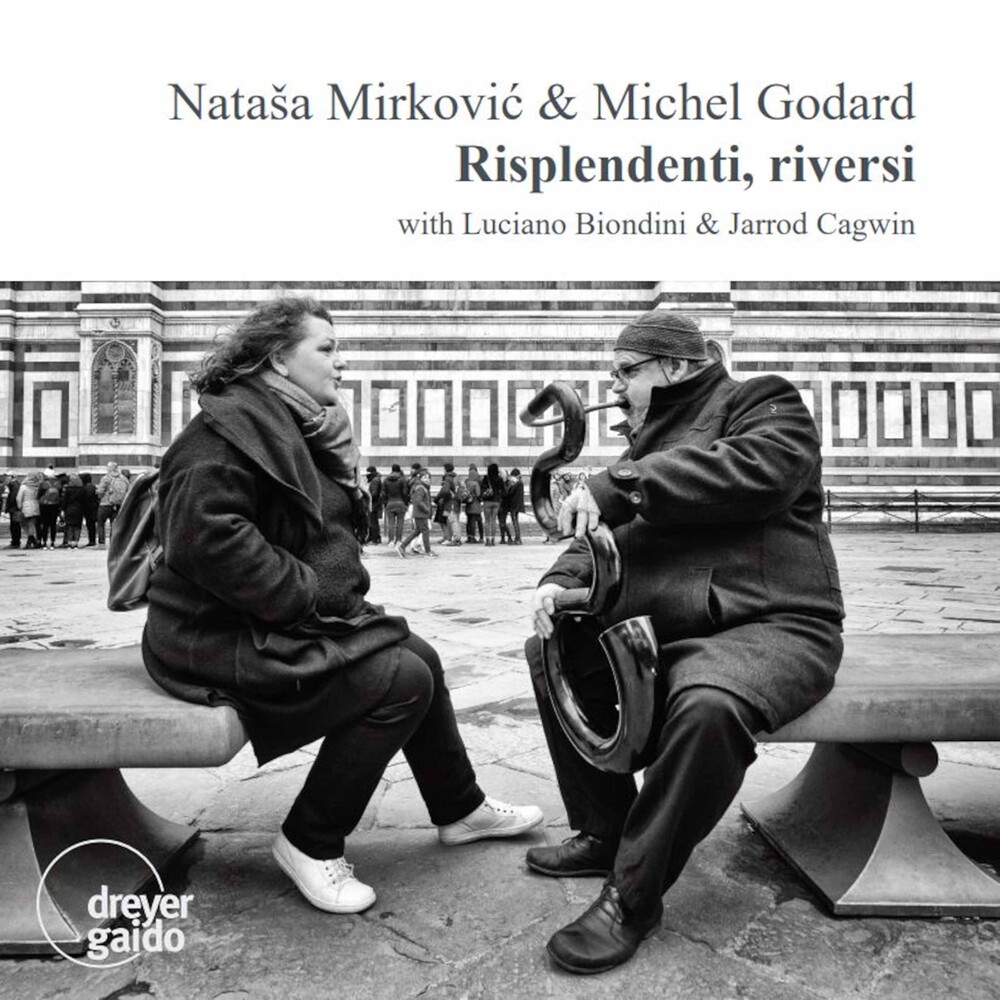 The album Risplendenti, riversi by Natasa Mirkovic and Michel Godard (serpent) and their befriended musicians on DREYER GAIDO is an exciting journey through countries and times, languages and sounds on a route through the neighboring musical cultures of Albania, Kosovo, Serbia, Bosnia, Croatia, Italy and France. Originally from Bosnia-Herzegovina, the singer and actress Natasa Mirkovic first studied musicology in Sarajevo, followed by classical voice, Lied and Oratorio in Graz. She has been living in Vienna for many years and enjoys a varied solo career with engagements ranging from the Graz Opera to the Volksoper in Vienna, where she has appeared in many theatre, opera and musical productions. Natasa is interested in classical song, Baroque music and traditional folk music. Through her numerous performances at prestigious theatres and international festivals, she has become a sought-after artist throughout Europe. Michel Godard (3 October 1960, HĂ©ricourt, near Belfort, France) is a French avant-garde jazz and classical musician. He plays tuba and the predecessor of the tuba, the serpent. At 18, Godard was a member of the Philharmonic Orchestra of Radio-France. He has also been member of the French National Jazz Orchestra and the Arban Chamber Brass quintet, and has played with the Ensemble Musique Vivante, the ancient music Ensemble La Venice and "XVIII-21Musique de Lumieres".