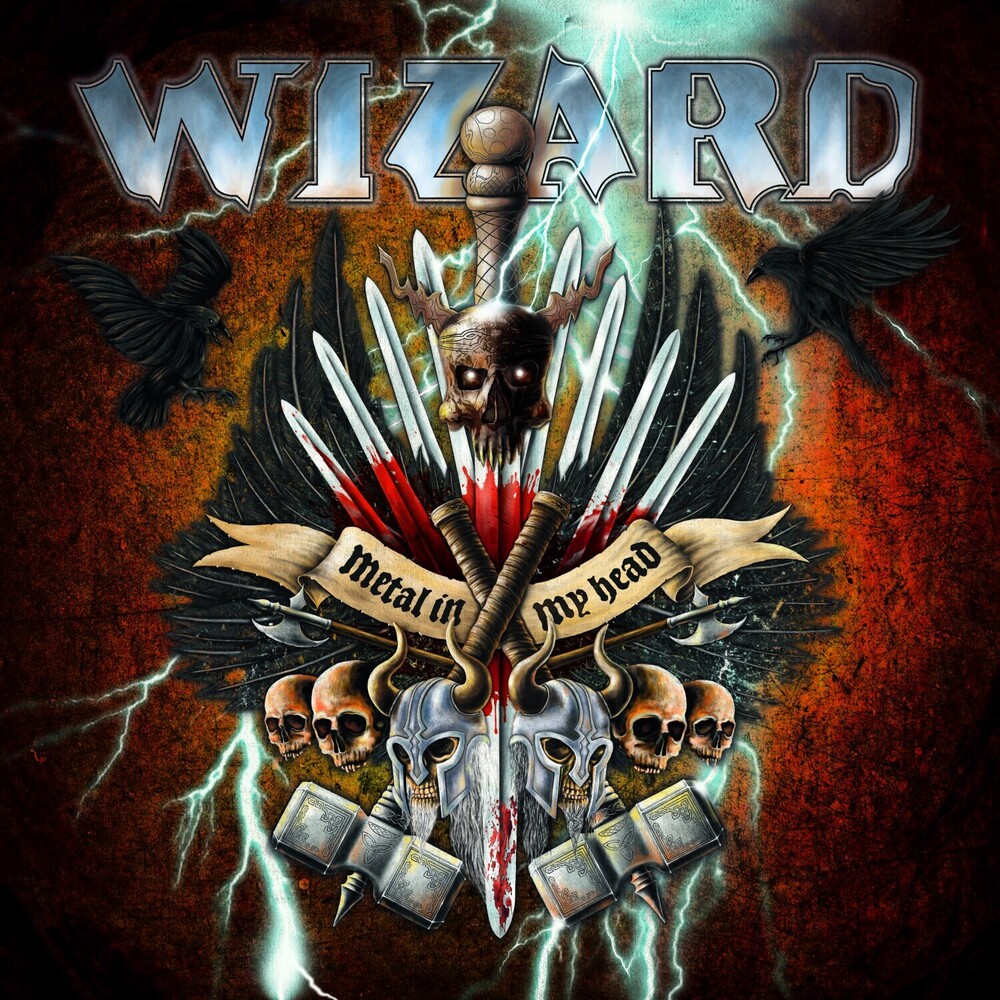 WIZARD present their new studio album "Metal In My Head", the first one with the band's new guitarist Tommy Hartung (No Inner Limits)!The band went back to their roots in terms of the songwriting and deliver pure fucking heavy metal galore. WIZARD teamed up with their old friend and producer Martin Buchwalter (Tankard, Destruction, etc. ), who also mixed and mastered the album. When it came to the drum recordings, you will hear the real stuff, no software was used to artificially spice up the drum sound. The cover artwork was created by Jens Reinhold, who is also responsible for the front cover of WIZARD's "Trail Of Death" album. "Heavy Metal In My Head" includes a song entitled "Whirlewolf", which is dedicated to Martjo Brongers (Vortex, Steel Shock) who passed away unexpectedly in 2019, and is sorely missed. The album was written and recorded during the ongoing pandemic with "lots of support from Jack Daniel's Old No. 7". Due to the band not being able to perform live, WIZARD put all their energy into the new album, and you can clearly hear that! All songs were written and arranged by WIZARD, except "Whirlewolf", which was written by Gustavo Acosta (FEANOR) and arranged by WIZARD. Gustavo also plays the piano on this song. Furthermore, Gustavo Acosta wrote and arranged the intro of "I Bring Light Into The Dark". The songs "We Fight" and "Years Of War" were created in collaboration with Marcel Schaffeld, who also came up with the idea for the album's cover artwork.