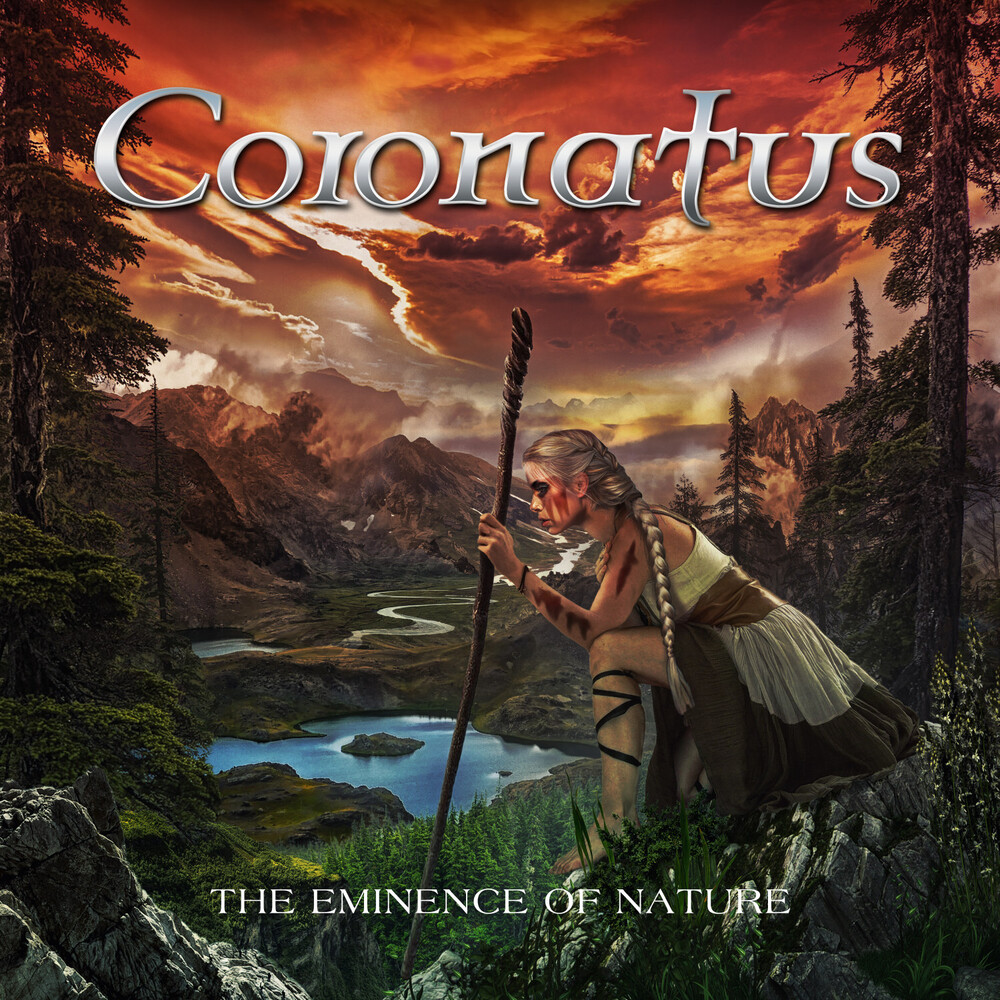 Nature is a key topic on Coronatus' upcoming 9th studio album, which you could label as a concept album - but this is, of course, not written in stone. Themes like nature- and climate protection ("No Planet B" & "S. O. P") as well as the fondness for the Northern nature ("The Wilderness Of The North", "The Place I Love", "Set Sail To North", "9000 Years Ago", "Midsommar") by the band's songwriter and his wife Kristina (violin) are manifested on the album. Two songs cover the topic of human nature: "Echo Of Souls" deals with the transmigration of the soul and refers to something Mats & Kristina experienced personally. "Human Mania" on the other hand is about the irrational fear of the unknown. All lyrics are written in English. And all songs were once again written and composed by founding member Mats Kurth, with the exception of "Human Mania", which was composed by Mats' son Max. From a musical point of view, "The Eminence Of Nature", is characterized by an opulent and symphonic sound. All orchestral parts were once again arranged and finalized by Dennis Schwachhofer. The songs on the album are characterized by various musical facets: The album opener "No Planet B", for example, lives and breathes it's catchiness and message, "Midsommar" has an Irish feel-good vibe to it, "Human Mania" is more psychedelic and wild and "Set Sail To North" strongly reminds of Viking and Pirate Metal. The male vocal parts by Teddy Nadj have been increased compared to the predecessor. Teddy is even singing the main vocals on "Midsommar". But he is also singing a duet with Mareike ("Echo Of Souls") as well as solo parts ("Human Mania", "9000 Years Ago") - and don't forget the choral parts. Following the final departure of Carmen Lorch, the soprano parts were now recorded by Katharina G. Mann, who is a classically trained soprano singer. Mareike Makosch is once again responsible for the female rock voice. Top-notch guitarist JĂ¶rn Langenfeld (Illuminate, May The Silence Fail, Subconscious) added new accents to Coronatus' sound with his guitar soli, thus broadening the band's range of sound.
back to top